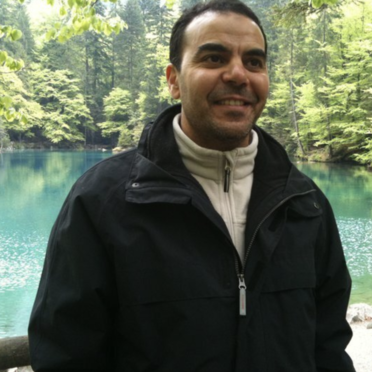 Khalid Alagieli joined Human Rights Solidarity Organization (HRS) in 2006 as a researcher. Khalid was the president of HRS when the popular peaceful protests started in February 2011, which was met with violence by the regime. The regime tried to control the flow of information about the situation on the ground, but activists inside Libya and outside of it worked around the hour with the international media to relay the actual situation on the ground. Khalid led HRS’s efforts to connect the international media and organizations with activists, associations, local councils, and hospitals in Libya. HRS’s efforts was recognized by the Press Club at United Nations Office in Geneva and awarded its Annual Press Emblem Campaign (PEC) for the year 2011 to HRS due to “its significant role in the transfer of news and the voice of the Libyan people’s revolution to the world and the Media during the revolution of February 17, 2011”.